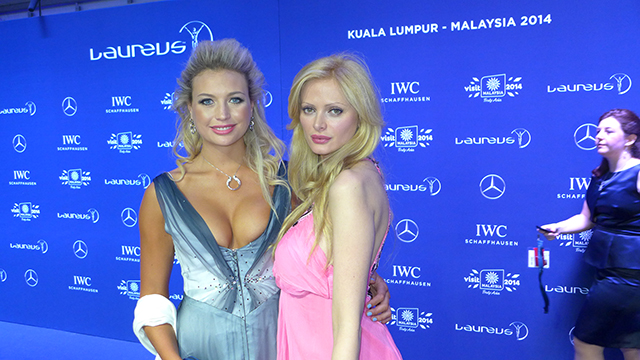 The Power to Change the World
Just as Oscars night is the film world’s culminating moment of exaltation, the sports world celebrates with the Laureus Sports Awards, the men and women who have pushed athletic performance to the limits of human capabilities, in a sense marking a new horizon towards which man must look in the future.
The Laureus Sports Awards are intended to be a global event at which an aura of glamour envelops the evening with a fascination similar to that of the Oscars. It attempts to convey a message which is otherwise difficult to grasp: “Sport has the power to change the world. It has the power to unite people in a way little else does. It speaks to youth in a language they understand.”
Competition and athletic consciousness are one of man’s biggest cultural assets, perhaps the only “physical” instrument possible for uniting with and understanding each other, and making changes. It is precisely for that reason that participating in this event moves me.
Seeing athletes from all over the world gathered together, and the 46 sports legends who comprise the Academy that selects these champions, even now marking them as the legends of the near future, is truly a moment of joy that grows even more beautiful when we realize that this is an example and incentive for millions of people who believe in the value of sports.