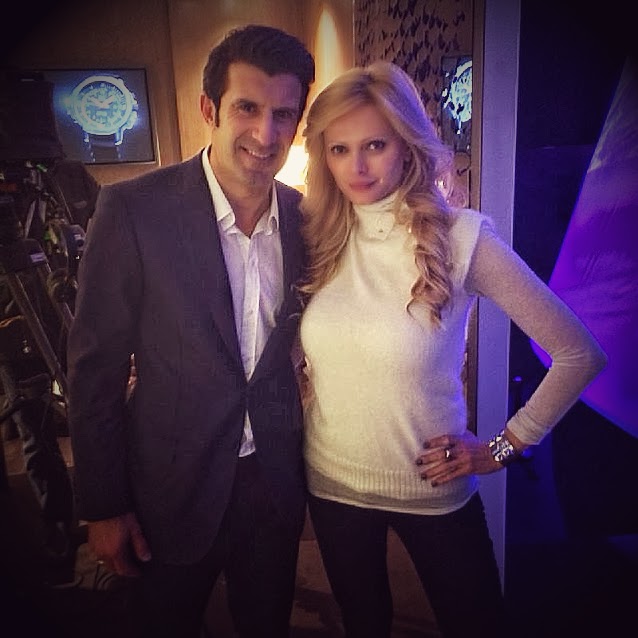 During the Sihh 2014 ” Salon de la Haute Horlogerie” on Geneve  i meet a lot of celebrities. On this pictures me with the great Champion  Luís Filipe Madeira Caeiro Figo, Portuguese former international footballer.

Now Retired, he played in Sporting CP, FC Barcelona, Real Madrid, and Internazionale like as a midfielder .
He won 127 caps for the Portuguese national football team, making him the most capped Portuguese player in history. Figo was the2000 European Footballer of the Year, the 2001 FIFA World Player of the Year, and was named amongst the FIFA 100.